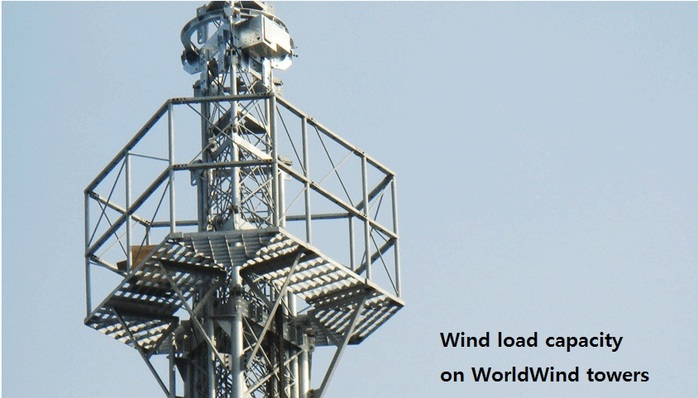 There is one thing what we want to say before letting you know the wind load capacity. We made a criterion on calculation of WorldWind, which is a national standard wind speed. We make a result like as 'when the wind speed is 50m/s, WorldWind can withstand or not'.

NOTE : These results apply to the tower structure only, not for the tower with any antennas or attachment mounted on. There are too many variation to realistically model every possible combination of tower plus antennas, however these results will give you an indication of the strength of WorldWind towers. In a fixed installation you should also guy the WorldWind tower at the top and other points, increasing the wind loading capacity considerably.

The software was configured to repeat each test 3 times on each model of tower, using the guying configuration as shown in the diagram to the left (lowest section only guyed) and using the applied wind speeds as shown below : 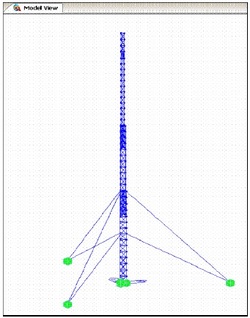 In the results below, 50 m/s was the maximum wind speed used during calculations, giving a ‘Pass or Fail’ result for each model of WorldWind tower : 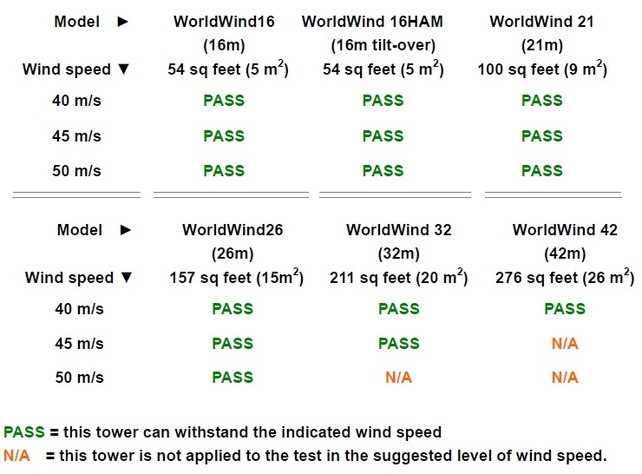